A comprehensive introduction to the different California CLASS portfolios

Getting started is easy; join today and start earning tomorrow!

Assistance with your accounts and answers to your California CLASS questions

California CLASS Board of Trustees 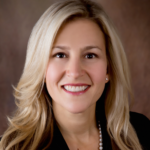 Christina Turner, CPA, has served as the City Manager for Morgan Hill since 2017. She provides leadership for the City’s operations, preparing and administering the biennial budget, engaging the community, and fostering a highly collaborative work environment. Previously, Christina was Morgan Hill’s Assistant City Manager and oversaw Finance and Budget, Human Resources, Information Services, and Council Services. She was instrumental in transitioning Morgan Hill to a two-year budget cycle and assessing existing policies and processes to enhance customer satisfaction and organizational efficiency. Her other professional experience includes Finance Director/Treasurer for the City of Gilroy, Financial Reporting Director in the private sector, and Senior Auditor for a public accounting firm.

Christina is actively involved with the League of California Cities, an entity that works with cities to protect local control through education and advocacy. She is a member of the League’s Audit Committee, a speaker at League conferences, and previously served as the President of the League’s Fiscal Officers Department and on the Revenue and Taxation Policy Committee. Christina is a recognized member of the International City/County Management Association (ICMA) and Next Gen Silicon Valley Committee, which offers programs to enhance knowledge about local government agencies, career opportunities, and skill advancement. 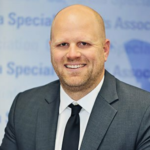 Ryan Clausnitzer MPA, is the General Manager of the Alameda County Mosquito Abatement District where he oversees the finances, human resources, operations, technology, safety, advocacy, and research at the district. Prior to his position as General Manager, Ryan spent time on the district’s Board of Trustees serving one term as President of the Board.
Since becoming General Manager, the district obtained the Government Finance Officers Association’s Excellence in Financial Reporting, the Special District Leadership Foundation’s District Transparency Certificate of Excellence, and regularly publishes in peer-reviewed journals related to mosquito control research where he is a co-author.

He achieved his background in public health, municipal financing, grant writing, and public policy through work in city planning and redevelopment, as a Peace Corps volunteer, and regulatory experience focused on burgeoning industries. He has certifications through the California Department of Public Health as a Registered Environmental Health Specialist and Vector Control Technician; by OSHA as a Hazardous Waste Operator and Emergency Responder; and by the Special District Leadership Foundation as a Certified Special District Manager.

After obtaining his undergraduate degree, Ryan continued his education while working full-time by taking classes in economics, accounting, statistics, and finance. He also enrolled in graduate school full-time to obtain his Master of Public Affairs degree from the Goldman School of Public Policy at the University of California, Berkely with a focus on local government.

In his free time, he serves as an athletic coach for his kids and volunteers through his membership with the Rotary Club of Alameda. 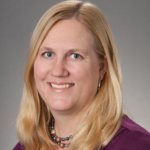 Margaret Moggia is the Executive Manager of Finance for West Basin Municipal Water District (District) and has oversight on accounting, treasury, debt management, procurement, and is currently developing a business outreach program to reach out to local and small businesses. Prior to the District, Margaret worked at Coopers & Lybrand as a staff associate to a supervising senior associate focusing primarily on governments and nonprofits.
Currently, Margaret serves as the Past President for California Society of Municipal Water District (CSMFO) and serves as the Chair of the Finance Committee, a member to Career Development Committee, the Program Committee and Membership Committee, and participated in the launch of CSMFO’s mentorship program. Margaret also served as the 2016-2017 President for the California Municipal Treasurers Association (CMTA), and currently serves as Chair to the Membership and member of the Conference Committee. Margaret is a member of Government Finance Officers Association (GFOA) and was elected to the Executive Board in May 2020 where she serves a 3-year term. She serves as an ex-officio to the Community Economic Development and Capital Planning Committee and also serves on a representative on the CPFO committee. She also participates on the Mentorship Committee for the Women in Public Finance. In June 2022, Margaret joined California Class, a joint powers agency, as a Board of Trustee to serve a four-year term.

Director of Finance
City of Lancaster 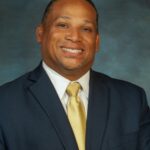 George Harris is the Finance Director for the City of Lancaster, CA. Mr. Harris has served as Finance Director for four local government agencies since 2008; the Cities of Adelanto, Rialto, Victorville and Lancaster. Prior to that he served for 5 years as a Finance Analyst at the City of Rialto and with Willdan Financial Services. And prior to that he held Series 7 & 66 securities licenses during his term as a financial advisor with Ameriprise Financial Advisors.

George served as a member and director for the Personnel and Employee Relations department for Cal Cities. As director he served on the Cal Cities Board of Directors for two terms (four years). Additionally, he served two years on the Board finance subcommittee, one year on the nominating committee, and one year on the Conference program selection committee. He has also been an active member of the Governance, Transparency and Labor Relations Policy Committee for 6 years, one of which he served as co-chair. Mr. Harris holds a bachelor’s degree in Business Administration from the University of California, Riverside and a master’s degree in Public Administration from California Baptist University.